The social media revolution is affecting the core of humanity, yet many of us don't know or understand what is really going on. If we did we would me more concerned. In this blog we will show you the truth behind social media from a human science perspective. We will provide you with the realities of the problem, a viable and proven answer and choice to be part of the solution.

What drives social media use?

It's a matter of science... human science. 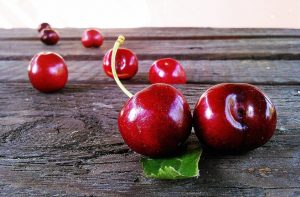 “The evolution or conditioning of humanity has left us in a constant state of fear. We have been conditioned to believe that in order to be accepted and liked we need to be 'LIKED.' This obsession to be 'liked' has become addictive first as a result of the influences of marketing, advertising and the powers that be to influence our emotions to get people to react instead of respond to life and today by the misuse of social media.

This state of fear has resulted in a loss of our 5 basic needs - ultimately a loss of self. Hence we turn to external stimuli to validate our existence - substances, chemicals, BEHAVIORS and processes. conditioning to care about 'what other people think,' has transitioned society from one illusion to the next. Social media has laid the foundation for people to escape conversation, reality and relationships in favor of an online world which they can control the on and off button. The online world is easier to live in, not because it is right or better, but because coming from a fear-based perspective it provides a sense of control, structure and logic that we often don't find in society today... and this is the problem we are resolving.

The driving for behind Facebook and all social media today is the "like", "re-share", "re-tweet" etc. While these have become the new norms of personal and social validation, the real problem lies in these platforms feeding our obsessive need to be liked - on an emotional, psychological, biological and spiritual level."

Do You Know Somebody Who?

The realities are that these are the diagnosis of addiction those of us for whom some or all of the above apply, we might wonder how it came to be that we started meeting psychiatric diagnostic criteria for addiction, not for heroin or alcohol, but for social media. Can it possibly be that we get as irritable and anxious when we can’t check our feed, as a drug addict chasing their next high?

Some Interesting Facts and Considerations:

"Online you become the self you want to be.
But we lose the 'raw, human part'
of being with each other. 'Online I am perfect...'"
-Sherry Turkle

In a blog titled "Are We Addicted to Facebook, or Are We Just Addicted to Ourselves?" Dr. Judson Brewer Associate Professor, UMass Medical School explains:

"Diana Tamir and Jason Mitchell at Harvard performed a simple study: They put people in their fMRI scanner and gave them a choice to:

The catch was that each choice was associated with a monetary payoff, which allowed the scientists to test if individuals were basically willing to give up money to self-disclose.

A second study took this one step farther. Dar Meshi and colleagues at the Freie Institute in Berlin measured volunteers’ brain activity while they received varying amounts of positive feedback about themselves (or a stranger as a control condition).Similar to the Harvard study, they also found that individuals’ Nucleus Accumbens became more active when receiving self-relevant feedback. But wait, there’s more. The researchers also had the participants fill out a questionnaire that determined a “Facebook intensity” score, which included the number of Facebook friends one has, the amount of time per day that one spends on Facebook (max score here was >3 hours/day), etc. When they correlated Nucleus Accumbens activity with Facebook intensity, they found that the amount that this brain region lit up predicted the intensity of Facebook use. In other words, the more active the Nucleus Accumbens, the more likely someone was to spend more time on Facebook!

These results may explain why Facebook is so popular. It likely isn’t Facebook itself (no offense, Mark Zuckerberg), it is all of the self-promoting features that it offers: posting what you are thinking, posting pictures of yourself, giving your opinion on what others post via “likes,” etc. And throw in a little intermittent reinforcement (e.g., not knowing when the next time someone will like or comment on your post — indeed the same reinforcement schedule that casinos use), and Facebook has a winning formula (brilliant move Zuckerberg!). Or at least one that gets us hooked." [1]

"The University of Chicago recently conducted one such study and found social media to be even more addictive than cigarettes and alcohol. Addictions are, after all, about feeding a compelling urge, and one of the greatest human urges is the yearning to feel connected and a part of something larger. Nothing satisfies this particular urge like logging on and being social with the masses at any hour of the day or night. Desires for social media are difficult to control because of the easy-access availability of it, and because giving in to these social urges seems far less harmful than giving into drugs or nicotine.

Another interesting finding in the research was the correlation between low self-esteem and social network addiction. Being social online is easier for people who suffer from self-esteem issues, and within this group, an addiction to sites like Facebook and Twitter is much more easily formed."[2]

Five psychological traits that drive the use of social media:

1. Fear of Missing Out

FoMO is certainly one of the human traits driving how social media works, particularly with people aged thirty and under. Texting and status updates allow us to be more easily involved in the lives of others than ever before. And social media platforms and marketers are beginning to understand and make use of it.For example, My Life, a personal social media management platform, recently released Data that found:

By posting first thing in the morning, branded content gets the most exposure. Following up with regular updates ensures continued engagement.Researchers from the University of California and University of Rochester found that if individuals “psychological needs were deprived,” a fear of missing out also provided the temptation of writing and checking text messages and e-mails while driving.Dr. Stephanie Rutledge explains again:We have a brain wired for collaboration, compromise, restraint, comprehending and managing one’s place in shifting-alliances. We notice when others are doing something that excludes us. It will trigger some primitive survival responses. People under 30 are still in the period when they are establishing their own lives, developing personal and professional identities, becoming economically viable (creating alliances), etc. Their focus will of necessity be social.”

One of the best tools is social media analytics. Tracking how many and who deem your campaign worthy is great. But underlying motives are largely ignored by marketers -- so far.Our emotional attraction appears to be tied to having an audience more than to connect socially; our cultural obsession with "self" drives us to update our status or tag ourselves in photos. Social media outlets are learning fast how to monetize this psychological drive -- it’s big business.Look at is this way: every Facebook, Linked In and Twitter share is an exercise in personal branding. Most people don’t even care if others engage with it; they just like that others saw they shared it. As a marketer, ask yourself -- does my content help to raise the profile of those who see it? Or it is just the standard dull as dishwater advertising campaign?

I’ve said it many times and will say it again. Perception = reality. Whether the person has good or bad perception is not the issue.Any successful social campaign delivers at least one thing: incentivized value. Not just any old prize, but one that meets the needs of the customer base. Example:In May, Klout and American Airlines offered a promotion based on logging in to Klout. Their incentivized value was two-fold: 1) boost your Klout score and redeem a prize via increased interaction with Klout, and 2) for a bonus, share the promotion with friends. An overall prize was access to an American Airlines VIP lounge (awarded to those with a Klout score of 55 or higher).The idea that ego drives sharing was subtly capitalized on by giving users the chance to boost their social ego and brag about it. How many times have we rushed to tell others about exclusive deals or exciting things we’ve experienced or won?

The end user is king of content and sharing today. In Seth Godin’s book, We Are All Weird, he said: As soon as consumers enter the marketplace, they gain power, because power comes from choice. Consumer power is a brand new force, and it’s growing exponentially as a result of more affluence running in parallel with more choice.”For the end user, it creates an empowering sense of how we think social should work for us. We choose accessibility of social content, how and when we consume it and when we want the latest information -- now. That very ability drives the desire to promote.

Psychologically speaking, whenever we’re uncertain as to how to behave in a particular situation, people often make comparisons to others in order to assess feelings, strengths, weaknesses, abilities and perspectives.Social comparison also relates to people’s self-esteem. Dr. Rutledge stated that:"It is not surprising that people might experience an increase in self-esteem after having their social connections (and support) reaffirmed. Social connections are a valuable asset. That’s why we call it social capital." [3]

Houston we have a problem. A BIG GROWING SOCIAL PROBLEM.

We live in a society that has and is becoming increasingly fear-based and distrusting (distrusting of organizations, governments and industry). Yet we are are social creature. We find safety in numbers. We fear being alone. We fear social rejection.

Yet, we have been trained to separate:

This is the basis for developing organizations and government control of the people.Personal and cultural growth is achieved by:

When we don’t experience enlightenment and empowerment we feel fear and become dependent on things outside ourselves for our 5 basic needs:

It is important to NOTE that the loss of the ability to integrate Self and Share Authority, Responsibility and Accountability into our lives results in a loss of individual identity…the final need. When we loss identity, what we do becomes who we are and there is an absolute desperation to maintained who we are (this false self). We even if we cannot make our own decisions, if we get rewarded for what we do, we feel affirmed in our false sense of self.

When what we do becomes who we are people become indecisive and fearful of making decisions outside of their sphere or assigned authority – for fear of failure, and more so judgement of their inner circle. When what you do becomes who you are, we do things to get likes and rewards – the Pavlov effect, known today as social media.

That environment is found in a Collaboration Laboratory called a Co-Lab Institute.

Co-Lab Institutes remove the predefined lines of authority and allow people to express their thoughts without it being tied to their identity. In so doing Co-Lab Institutes provide the structure for people to focus on a common objective and thus express ideas without fear of rejection of others; or having to alter ideas based on other people’s acceptance or approval.

Learn What You Need To Know,
Not Just What Someone Wants You To Know.